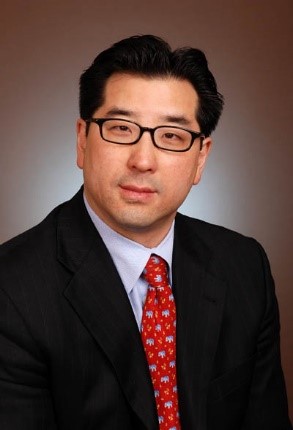 Dr. Joonun (Chris) Choi, a heart specialist with the Stamford Health Medical Group and affiliated with Stamford Hospital, was a recent guest on “Good Living with Michele Thomas,” which airs every other Tuesday at 9:30am on WGCH (1490 am). Thomas is the Executive Vice President of Osborn Home Care with offices in Greenwich and Rye.

Choi is a non-invasive cardiologist, focusing on the medicine side of heart problems rather than procedures or surgeries. Primary care doctors refer patients to Dr. Choi if they complain of chest pains, shortness of breath, or heart palpitations. Additionally, he consults in the ER when patients have an irregular heart beat or symptoms of congestive heart failure (CHF).

Choi says the 20th century was “all about heart attacks.” Doctors learned to react quickly with procedures such as stents. He says in the 21st century, it’s more common to be treating Atrial fibrillation, or AFib.  “As people get older, the incidence increases, with as many as 8-10% of people over the age of 80 experiencing an irregular heart beat.” CHF is also common, when the heart isn’t able to keep up with the body, causing fluid back up.

Treating high cholesterol, common to many, has recently become controversial according to Choi. “For years we checked the lipid profile and decided if a patient should be on cholesterol-lowering medications based on the numbers.” However, recent guidelines suggest that the numbers aren’t as important as the individual’s risk factor profile.

It’s important to acknowledge the difference between primary and secondary prevention. If you have risk factors and take medications (primary prevention), the effects are not entirely beneficial. If you have had heart issues, taking statins (secondary prevention) can be hugely beneficial. One in eight heart attacks may be avoided with secondary prevention. Choi says he would rather see patients with risk factors focus on losing weight, exercising, and not smoking. “I’m not treating numbers, I’m treating the individual,” he says. “Ultimately the best treatment is lifestyle. Exercise, eat less, and eat healthy.” He cautions to watch portion size and make smart choices such as eating less meat and processed foods.

As to the future of heart care, Choi points to a new way of fixing heart valves, for instance, without open-heart surgery. Instead, technology is allowing a way of threading up through the leg to treat a damaged valve. Similarly, ablations to treat AFib can now be performed through the leg.

Thomas says that programs such as Osborn Home Care help guide people through their options to maintain heart health, where the range of tests can be daunting. Choi agrees there is a tendency to over-test. “I try to keep in mind two things. I ask myself, does this treatment or test help a patient live longer or feel better? If so, then we go ahead with it.”