Alzheimer's Disease Around the World 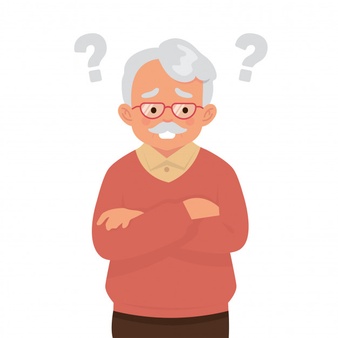 Every 3 seconds, someone in the world develops dementia. The number of people living with dementia around the world is over 50 million, which is expected to almost double every 20 years, reaching 152 million by 2050. The annual global cost of dementia is over $US one trillion annually, which will double by 2030. (Alzheimer’s Disease International)

September is World Alzheimer’s Month. From Argentina to Zimbabwe, Alzheimer’s associations around the world are engaged in a campaign to increase awareness about, and reduce the stigma associated with dementia. This year’s theme is #LetsTalkAboutDementia.

Almost 70,000 people across 156 countries and territories completed the survey, which will be the basis for the 2019 report. Due in September, the report will be available on ADI’s website.

World Alzheimer’s reports from 2009 are available on the ADI website, in several languages. In 2018, the report focused on the state of dementia research, and highlighted the ongoing need for greater funding. The report called on governments to dedicate at least one percent of the societal cost of dementia ($1Trillion in 2018) to research.

While there is no cure yet, research continues to advance the understanding of the disease and its risk factors.  For example, In February of this year, international researchers identified five new risk genes for Alzheimer’s disease, and confirmed 20 known genes. The NIH-funded study analyzed the largest sample ever--more than 94,000 individuals with late onset disease.

Once the newly identified genes are understood in conjunction with the functions of the known risk genes, researchers may be able to recognize disease mechanisms and identify potential drug targets.

Since large samples are vital in finding rare genes that could be involved with a disease, people with dementia (and without) can contribute by participating in studies and clinical trials.

Technology is becoming an even more powerful assistant in analyzing large quantities of data rapidly. In a study published this August, researchers taught computers that can ‘learn’ to detect different types of amyloid plaques by asking it to annotate 70,000 options from half a million close up images of brain tissue. (Amyloid plaques are the abnormal clumps of protein that accumulate in the brains of dementia patients.)

The resulting database became a ‘neural network’ that enabled the computer to quickly recognize patterns based on thousands of human-labeled examples. The computer was then able to discriminate between different types of plaques and identify abnormalities in blood vessels with near 99 percent accuracy.

Medications are available to lessen dementia’s symptoms, like memory loss and confusion, for a limited time. No medication can yet treat the underlying disease, or slow its progression.

Early diagnosis gives patients the best chance of benefiting from treatment. That includes being eligible for a wide variety of clinical trials, which advance research and can also provide medical benefits.

Today there are more tools for early diagnosis, such as biomarkers and various types of brain scans.  Awareness and education campaigns, like World Alzheimer’s Month, combat the fear and stigma surrounding dementia, and stress the importance of early diagnosis.

Experts believe a majority of Alzheimer’s cases result from complex interactions among many factors: age, genetics, environment, lifestyle and co-existing medical conditions. (www.alz.org) While we cannot change our age or genetics, we can modify other risk factors.

Research is looking for new ways to detect how coexisting medical conditions put people at higher risk of developing dementia. There is growing evidence that physical exercise and diet are as essential to brain health as they are to body health.

World Alzheimer’s Day is September 21, and the entire month is a time for thinking, learning and talking about a disease that has, or will affect all of us.