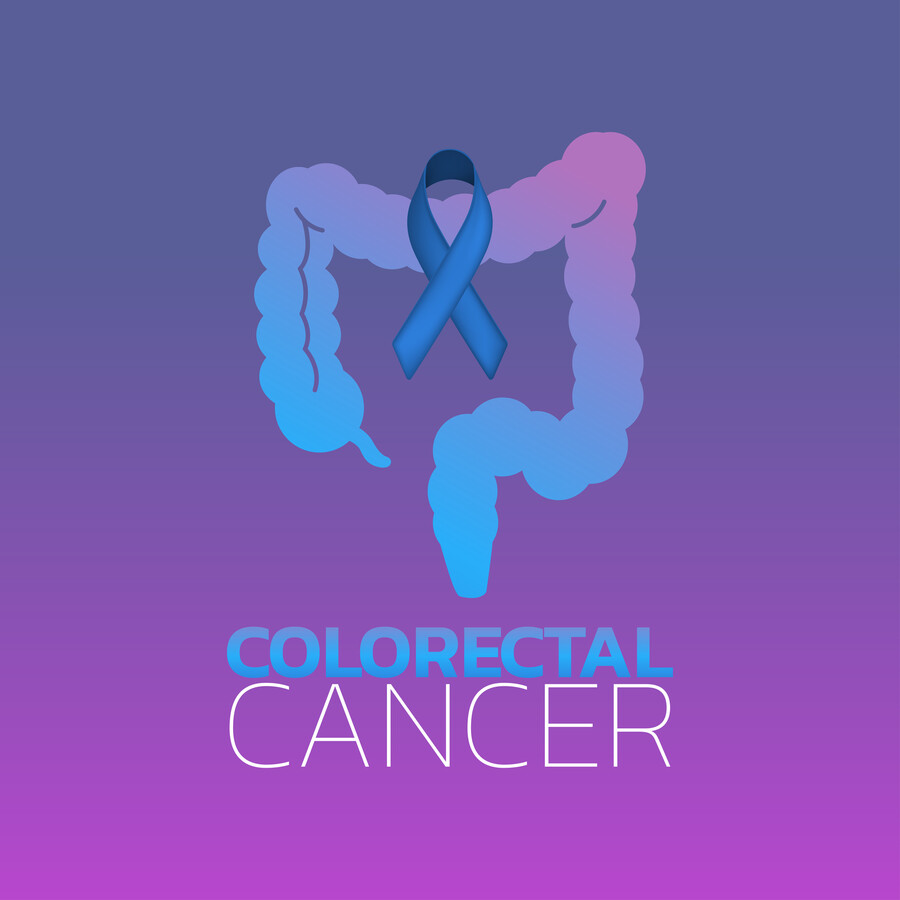 If you’re over 50, your doctor likely has suggested a colonoscopy, or other screening, to check for cancer of your colon or rectum. Since March is National Colorectal Cancer Awareness month, it’s a good time to spread the word about preventing this type of cancer.

Once colorectal cancer causes symptoms, it is usually advanced. Cancer in the colon or rectum most often begins with benign growths, or polyps, that do not cause any symptoms.  Over time, these silent growths may turn cancerous, burrow their way outside the colon, and metastasize to lymph nodes and nearby organs.

According to Cancer.net, this year, about 147,950 American adults will be diagnosed with varying stages of colorectal cancer and 53,200 will die from it.  For men and women combined, it is the second leading cause of cancer deaths in the United States. Five-year survival rates for patients with colorectal cancers is about 64 percent.

The Mayo Clinic lists the following symptoms that may accompany cancer in the colon or rectum. Any of these symptoms may also indicate a less serious disorder, but it’s wise to determine that as early as possible.

If you experience these symptoms for several weeks, or they become more severe, you should talk to your doctor and ask to schedule a colonoscopy or another screening test.

Screening is Important, Because …

When colorectal cancer is found early, it often is curable. In fact, death rates for adults over age 55 decreased by 2.6% each year from 2008 to 2017. This is due to improved treatments and increased screening to find colorectal changes before they turn cancerous, or in an early cancer stage.

Unfortunately, the death rate in colorectal cancer in people under age 55 is increasing every year.

Younger people should not dismiss potential symptoms by assuming they are too young to have colon or rectal cancer. That assumption could prove deadly. Also, since about one-third of cases in people under 35 prove to be genetic in cause, younger adults with a family history of colorectal cancers may want to seek genetic counseling to determine if they are at elevated risk.

No matter what your age, colorectal cancer does not cause symptoms until the disease is advanced. It’s important to discuss the benefits of prophylactic screening with your doctor. In addition to colonoscopy, which examines the entire colon, there are several other strategies to screen for abnormalities.

The American Cancer Society recommends that people who are at average risk for colorectal cancer start regular screenings at age 45. Although there is no upper age limit for colon screening, the benefits of screening after age 75 are considered less significant—unless the patient has increased risk factors.